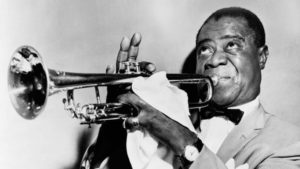 If you’re reading this, I’m thrilled. My email must have made it through to the editor. Admittedly, I wasn’t sure what to expect considering I sent it from a new phone that beeps and buzzes at me more than the hideous little robot with the swiveling head on Star Wars. I think his name was Joy Behar.

You see, despite being a millennial, I’ve largely been dragged into the 21st century kicking and screaming. I’ve never Skyped, I’ve never Snapchatted, and every day I feel like I’m deciphering hieroglyphic-like acronyms. Worse, everything I say evidently makes people roll over and laugh their asses off. I should probably take this as a compliment, but it’s actually quite worrisome. People need their asses. They are, after all, vital tools of communication in the event the middle finger fails.

Sometimes I wish I had been born in the twenties. Life seemed so much simpler then. The economy was booming and Jazz was still considered a socially acceptable form of music outside of elevators. Cinema was on the cusp of discovering sound but still decades away from discovering Ashton Kutcher. The automobile industry was in the middle of revolutionizing the way Americans traveled. And oh, did I mention smoking was still allowed in hospitals? Nothing beats a cigarette after a colonoscopy.

But in retrospect, were the twenties really so great? Indeed, despite its freewheeling reputation, discrimination was rampant in schools. Interracial marriage was banned in much of the United States. Dozens of diseases, ranging from Yellow Fever to Polio, had yet to be cured. The KKK was in the midst of its largest social and political resurgence since the late 1800s. And Congress had constitutionally banned the distribution of alcohol, leading to the rise of organized crime and thousands of super awkward dates.

No alcohol? Really? Okay, so maybe the twenties weren’t so glamorous after all.

The sixties are another decade I wish I had lived in. Ah, yes, the sixties. Who wouldn’t want to live in the sixties? Fueled by lysergic acid and a newfound attitude toward sex, the sixties ultimately culminated in the largest countercultural revolution the world has ever seen. Even more impressive, it managed to do so while defying the structural limitations of a giant Yellow Submarine. Nice touch!

Revolution rippled through every aspect of life. In politics, Congress passed the Civil Rights Act. In music, socially conscious songwriters like Richie Havens and Bob Dylan awestruck audiences with their profound lyrics. In cinema, landmark films like Easy Rider and Dr. Strangelove openly satirized US foreign policy. And in media, writers like Hunter S. Thompson and Tom Wolfe shattered the traditional confines of objective journalism (The Electric Kool-Aid Acid Test, anyone?).

Then again, how much did the sixties really accomplish? Despite its reputation as an era of peace and change, the truth is everything the sixties represented came screeching to a violent end almost as quickly as it began. On college campuses, police opened fire into crowds of peaceful protestors. Abroad, thousands of American soldiers trekked unforgiving terrain only to die on even more unforgiving battlefields. And on television, high-profile political assassinations played out with disturbing frequency, claiming the lives of some of the world’s most beloved presidents and civil rights leaders.

What was so special about the sixties again? Like those who lived it, I’m not sure I can remember now.

Okay, perhaps I should fast forward to the nineties. After all, who wants to hear about seventies disco or eighties hair bands? Not me. There was something unique about the nineties, though. From Tupac to Nirvana to Rage Against The Machine, the nineties were not only a decade of raw, groundbreaking music, but revolutionary digital and technological progress (all you needed was a dial-up modem and a tow strap to carry your portable discman, of course).

Change felt inevitable. The world was fresh off the fall of communism. The US was on the verge of achieving its first balanced budget in 30 years. The advent of the internet had opened new unfiltered possibilities. Hip hop had empowered and given voice to disenfranchised minorities everywhere. And Tickle Me Elmo, with his cute little battery-operated giggles, had managed to snatch the hearts of consumers everywhere.

But in hindsight, how much progress was really made? Indeed, the homicide rate in both New York City and Los Angeles were more than double the homicide rate of modern Chicago. Some of the nation’s most popular and influential artists–Tupac, Biggie, Kurt Cobain and Selena–were all either gunned down in public or took their own lives in private. Riots in Los Angeles and Seattle leveled entire communities, eclipsing the riots of today in both property damage and lives lost. And ethnic cleansing across the world resulted in the deaths of over a million people.

I could analyze every decade, but you get the point. Though the world may feel turbulent at times with all of the natural disasters and political unrest, the truth is every decade has ups and downs. Every decade has progress and setbacks. Every decade has triumphs and tragedies. However, as far as timelines go, we are perhaps living in the most enlightened and advanced decade ever known to humans. We should consider ourselves lucky.

The truth is we are all winners in the 4.5-billion-year planetary lotto. Fewer people die in war now than at any other time in history. Fewer people die from disease now than at any other time in history. Presidents and civil rights leaders aren’t being gunned down in the streets. Racial discrimination, despite a small minority of fanatics who deserve to be condemned, is widely regarded as a moral abomination. Information without end is accessible at the click of a mouse. And, in case you were wondering, alcohol is now legal.

Does this mean the 21st century is perfect? Of course not. I still hate social media and think acronyms are lazy. I still get burnt out on the 24-hour news cycle. I still worry about natural disasters and dread the thought of Justin Bieber making another record. But at the same time, how much room do I really have to complain? Perspective is everything. At the end of the day, here I still am, binge-watching Breaking Bad on Netflix while ranting about progress to a bunch of strangers from an iPhone. SMH.

This essay was written by Brandon Loran Maxwell and originally appeared at FEE.